XUZHOU, China, July 14, 2022 /PRNewswire/ — The international standard ISO 21600 Technical Product Documentation (TPD) – General Requirements of Mechanical Product Digital Manuals (“the Standard”), developed under the aegis of XCMG (SHE:000425), global top three construction machinery manufacturer, has been serving as a guideline for everything and anything mechanical for over three years, generates over billions of yuan in indirect economic benefits annually. The world’s first international standard on digital documentation for mechanical products has seen application in the R&D, operation and maintenance of a variety of equipment now in use throughout the construction machinery, aerospace, high-speed railway and military sectors. 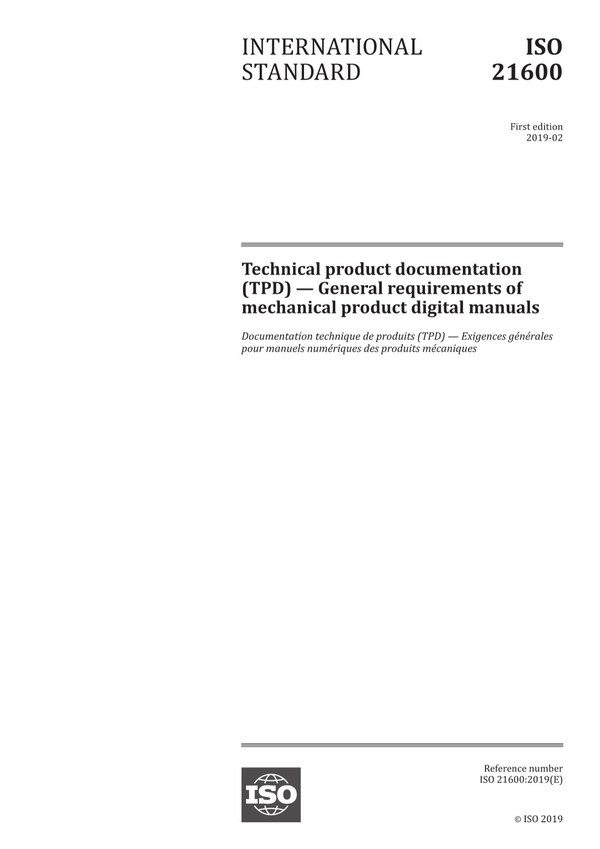 With the Standard, production efficiency of equipment made following the guidelines of related manuals has been improved by over 300% while the quality of such manuals has been significantly improved, creating tens of millions of yuan in direct economic benefits annually. The set of requirements, once released, has been adopted by the United Kingdom, the Netherlands and several other countries as a national standard, as well as by the EU as the standard basis for digital document requirements and is expected to be included in the EU Machinery Directive in the near future.

“The Standard, for the first time worldwide, stipulates the process and method of developing digital manuals as well as the expression and transformation methods of three-dimensional information while integrating several data requirements, including data elements and modules, providing a set of systematic solutions for the development of global digital manuals,” said Wang Min, Chairman and CEO of XCMG. “The solutions are available for the application and implementation of digital manuals throughout the life cycle of mechanical products.”

As part of the development process, the project team coordinated the relationship between the Standard and ISO/IEC 82079 by applying to join the JWG16 working group with the intent of establishing and defining the boundary and reference relation between both standards. Joining GWG 16 facilitated the team’s contacting relevant experts and answering their questions one by one through meetings and emails in order to get their support for the Standard.

At the same time, a number of notable international experts in the field of digital research were invited by XCMG to participate in specialized technical discussions on the Standard. Following unanimous recognition by experts from various countries around the world, the Standard was successfully developed and released as planned.

The Standard was derived from three key technologies: the 3D model-based service information expression technology that enables 3D visualization of the content in digital manuals; the heterogeneous system integration technology that allows for unique linking between each product and the corresponding electronic files; the electronic template mapping technology that enables one-time production and repeated use. The Standard has also significantly improved the guidance for the engineering application of digital manuals by providing a standardized method and path for the development, application and management of such manuals.

The project team has obtained three national invention patents, registered 10 software copyrights and published two papers on extended intelligence (EI) through research into the technologies used by the Standard.

As of June 2022, XCMG had formulated and released five national standards as well as 241 national and industry standards thanks to its long-term commitment to building digital and information technology capabilities alongside its competence in digital management control.