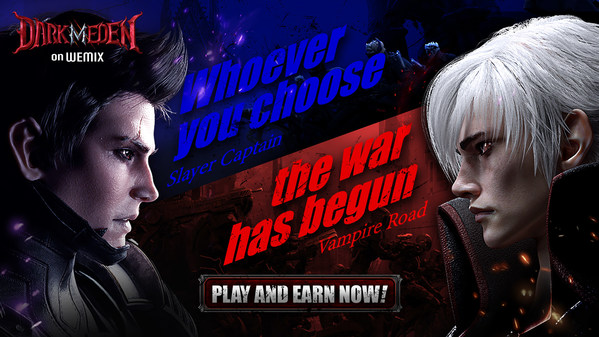 According to Wemade Connect servicing the game, the number of users and game activity increased after the update, which resulted in 5x increase in acquisition of medals, which can be exchanged into tokens, and this led to 7x increase in exchange for token ‘DEBCO’.

The positive response from users of ‘DARK EDEN M on WEMIX’ seems to be due to the past month’s update which built an environment where users can conveniently obtain items and exchange tokens. Most positive response came from lowering the level where users can obtain materials for DEBCO, which can be used to exchange for virtual asset WEMIX, a transaction system supporting increased maximum number of obtainable medals, etc.

The level requirement to obtain medals at Temeria Sanctuary was lowered from 50 to 40, and guild level requirement for a crusade, a guild war content, was lowered from 5 to 2. As a result, users are able to enjoy the fun unique to P&E by enjoying competition in large-scale war and tribal rivalry as they naturally obtain items from early gameplay. Also, at the in-game item exchange using rubies, which are purchased in-game, players can now trade medals with each other, and this is supporting the gameplay and transaction activity.

Wemade Connect Business Department revealed through the press release, “We are actively communicating with users and preparing future updates and events for in-game benefits varying by token deposit and staking program to improve P&E elements of the game and to uphold the value of token DEBCO.”

‘DARK EDEN M on WEMIX’ has added additional servers following the update to improve game stability and it can be downloaded for free on the global blockchain platform WEMIX through Google Play Store and Apple App Store.

Amazon Leads as Top Channel for Product Research, According to New Data from ChannelAdvisor