New research from the academic journal, Biology, highlights the role of words in describing human-shark interactions.

NEW YORK, Oct. 4, 2022 /PRNewswire/ — A new study published this week in the journal Biology has found an increase in the use of the phrase “shark bite” in reporting by The New York Times about shark “attacks.” This information is being released by the author through Chris Pepin-Neff Consulting. 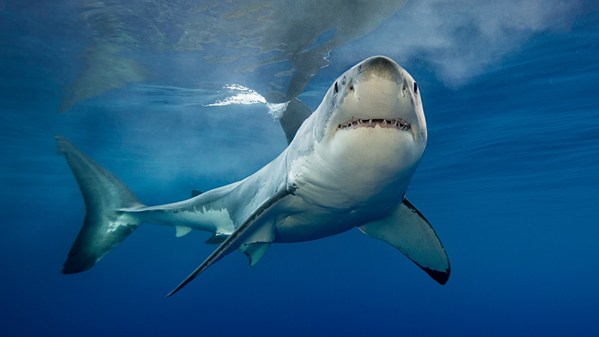 The study entitled “Shark Bite Reporting and The New York Times” was conducted by the University of Sydney Senior Lecturer Chris Pepin-Neff, PhD, who looked at 10 years of articles that cover human-shark interactions (n=36).  Chris Pepin-Neff notes, “sometimes rare but terrible and tragic fatal shark bites occur.” He added, “The data collected show that 32-39% of all reported shark ‘attacks’ have no injury. This may constitute a game-changer for how the public thinks about sharks and how the media reports on shark ‘attacks.’ The findings of The New York Times illustrate that a change is happening, and the public supports this change.”

This research is important because there are direct connections between public attitudes toward shark bites and support for shark conservation. The type of language The New York Times uses when it reports on shark “attacks” is important for three reasons:

Among the most important findings are that the state of California has changed its reporting language and now reports shark “attacks” as “shark incidents.”

The latest analysis of The New York Times suggests that there has indeed been a shift in their reporting style since about 2018. A comparison of the number of articles that include shark “attack” and shark “bite” mentions between 2012-2021 shows that from 2012-2017 there was a clear dominance of the phrase “shark attack”, but parity began to emerge in 2018 with increased use of “shark bite.”

The result is a more layered narrative about human-shark interactions and less of a one-dimensional movie-monster storyline. Because when we allow for a different (more scientifically accurate) story to emerge, the shape of human-shark relations really evolves. For instance, there has also been a marked increase in the use of shark “sightings,” shark “incidents,” and shark “encounters” since 2020.

In conclusion, The New York Times and other media outlets should continue to be examined for the words they use to describe the very different types of human-shark interactions. And on a personal note, I would emphasize that sometimes rare but terrible and tragic fatal shark bites occur. Nothing in this research or study is meant to take away from the real-life trauma, fear, and death that a shark can cause. This is an attempt to address the use of language to more accurately reflect shark behaviour.

Chris Pepin-Neff, PhD, is the author of the book FLAWS: Shark Bites and Emotional Public Policymaking from Routledge (2019).

Blis launches new e-guide and interactive calculator, revealing that almost 50% of digital audiences are being missed

Meet Jinan: A Bite of the Spring City