HEFEI, China, Oct. 8, 2022 /PRNewswire/ — A field demonstration and technical session on water-saving and drought-resistant rice (WDR) was held in Hefei, east China’s Anhui Province on Wednesday, to discuss and exchange views on WDR online and offline. 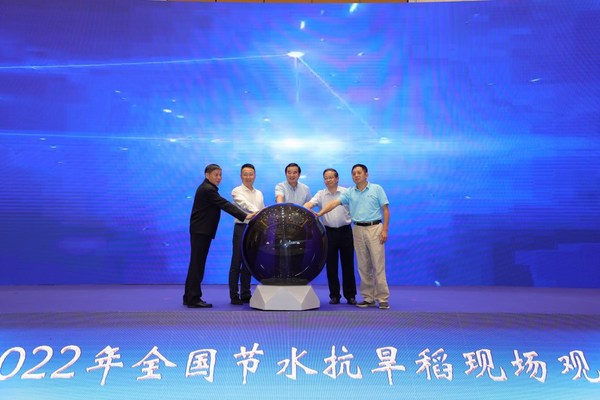 He Fengyang, vice mayor of Hefei City, addressed at the event, saying that Hefei will make efforts to build itself as a “city of crop production” by cultivating leading enterprises, building major innovation platforms, and optimizing urban planning.

Noting that the WDR could mitigate unfavorable environmental factors, such as climate variability and uneven distribution of water resources, Pan Xin, deputy chief of the Department of Agriculture and Rural Affairs of Anhui Province, said that the WDR represents a new solution for the high-quality agricultural development in the province.

Pan added that the area of WDR in Anhui has accounted for 70 percent of that in China.

General Manager of Fengda Group Wu Zhiyong said that the company works with the Shanghai Agrobiological Gene Center (SAGC), creating new form of cooperation between research institute and enterprise. Fengda Group has become a major promotion organization for the WDR.

Chief Scientist of the SAGC Luo Lijun delivered a report at the event, introducing the characteristics and future development of the WDR.

The event also saw the launching ceremony of the Innovation Federation of WDR Industrial Chain.

Besides, during the event, the SAGC has signed two contracts with Tencent Technology Beijing Co., Ltd. and the county government of Changfeng, respectively, to explore further cooperation. 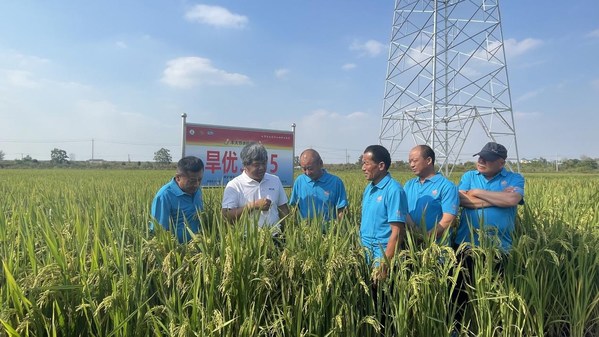 It is learned that the WDR, developed by the SAGC, can produce yields of over 550 kilogram per mu (1 mu = 0.067 hectare). The WDR has been promoted in China and other countries along the Belt and Road, with yearly pilot rice paddies of three million mu of in China.

Amaris B. Clinic awarded the “Body Sculpting Medical Centre of the Year in Asia Pacific” for four years in a row by GlobalHealth Asia-Pacific