BEIJING, Sept. 16, 2022 /PRNewswire/ — Development and security are the common concerns of all countries, the pursuit of which is hampered by once-in-a-century global changes intertwined with the unprecedented pandemic.

In the Uzbek city of Samarkand, leaders from Shanghai Cooperation Organization (SCO) member countries along with multiple observer countries and dialogue partners are meeting in person from September 15 to 16, setting an example of how countries can better work with each other in the face of global challenges.

Having committed to building a community of a shared future, Chinese President Xi Jinping has proposed a series of initiatives for global development and security, contributing Chinese wisdom to solving the pressing problems now facing mankind. His proposals have been greeted with praise from the international community, not least the SCO countries.

Common security, development for all

At April’s Boao Forum for Asia, President Xi proposed the Global Security Initiative (GSI), an idea taking security as the guiding principle, mutual respect as the fundamental requirement, indivisible security as the important principle and building a security community as the long-term goal, in order to foster a new type of security that replaces confrontation, alliance and a zero-sum approach with dialogue, partnership and win-win results.

During his bilateral meetings with world leaders in Samarkand, the Chinese president reiterated that countries should support each other on issues concerning sovereignty, independence, territorial integrity and other core interests, echoing the GSI.

Xi also urged efforts to safeguard the security interests of the region as well as the common interests of developing countries and emerging markets during his talk with Russian President Vladimir Putin, saying China and Russia need to enhance coordination under multilateral frameworks including the SCO, the Conference on Interaction and Confidence Building Measures in Asia and BRICS to promote solidarity and mutual trust among the various parties.

“In the face of changes of the world, of our times and of history, China will work with Russia to fulfill their responsibilities as major countries and play a leading role in injecting stability into a world of change and disorder,” Xi told Putin.

At the General Debate of the 76th Session of the UN General Assembly in 2021, Xi put forward the Global Development Initiative (GDI), which emphasizes openness, coordination and sharing.

Xi, during his bilateral meetings in Samarkand, repeatedly voiced China’s willingness to expand cooperation with other countries and build stronger synergy between respective development strategies so as to help achieve common development and prosperity.

Leaders endorsed the GSI and GDI during their talks with Xi. Kyrgyz President Sadyr Zhaparov on Thursday said he viewed both as important initiatives for promoting world peace and development, while President of Turkmenistan Serdar Berdimuhamedov said the initiatives were conducive to achieving the sustainable development goals of the United Nations.

Usher in a better future

This year marks the 30th anniversary of diplomatic ties between China and Kazakhstan as well as between China and Uzbekistan. On Wednesday and Thursday, President Xi paid state visits to both two countries, bringing bilateral ties to a higher level.

Both Uzbekistan and Kazakhstan have been a part of the ancient Silk Road linking Asia and Europe. Now the Belt and Road Initiative proposed by Xi has carried forward that spirit across the Eurasian continent, bringing SCO members even closer.

The unbreakable friendship between China and Kazakhstan will contribute to the growth of positive and progressive forces in the world and to the building of a community with a shared future for mankind, Xi told Kazakh President Kassym-Jomart Tokayev on Wednesday.

Tokayev hailed Xi’s visit as a new milestone in the history of Kazakhstan–China relations, adding the BRI has become an important engine driving the building of a community with a shared future for mankind.

Uzbek President Shavkat Mirziyoyev on Thursday called the Chinese president’s state visit “historic,” saying it would help consolidate the traditional friendship between the two countries, chart a course for future cooperation, and elevate the bilateral partnership to a new height featuring new vitality and new prospects.

Xi further noted that China and Central Asian countries have a shared future and a deep stake in each other’s security and stability, and called for efforts to building a more just and equitable international governance system during talks with other leaders. 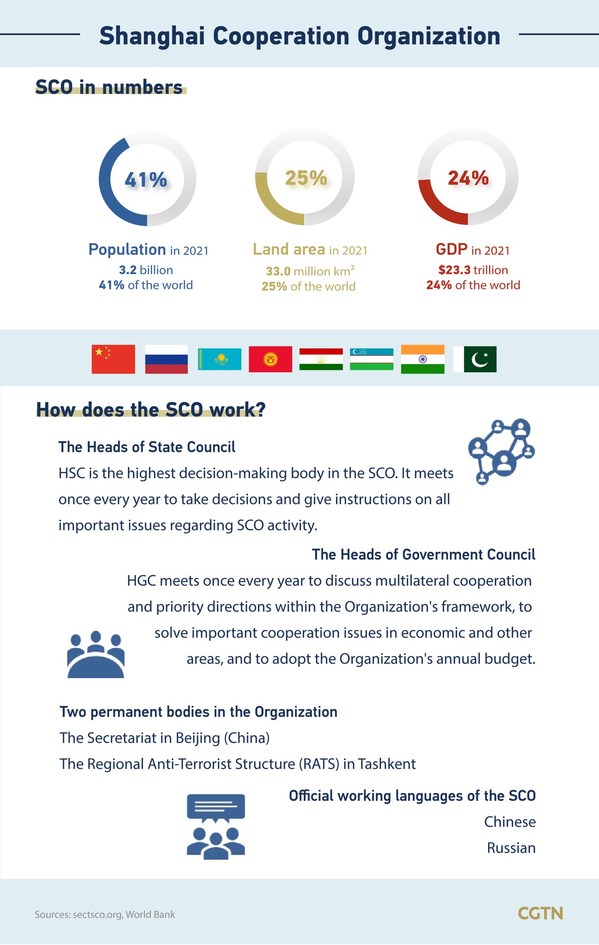 DARWINIUM, A NEXT-GENERATION FRAUD AND SECURITY PLATFORM, SECURES AN INITIAL $10 MILLION FUNDING ROUND