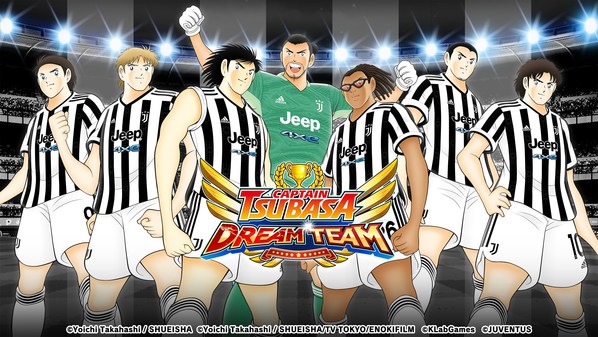 It’s been 5 years since Captain Tsubasa: Dream Team was originally released on June 13. In celebration, the 5th Anniversary Part 1 Campaign began on June 3 and features new players Kojiro Hyuga, Davi, Alessandro Delpi, and Filippo Inzars wearing the JUVENTUS official kit. Be sure to check out the in-app and official website for more information.

It’s been 5 years since Captain Tsubasa: Dream Team was originally released on June 13.

Be sure to check out the in-game news for full details on the celebration.

Team up with users from all over the world to complete all the in-game missions and receive in-game rewards. Check the details of the missions and results on the official Captain Tsubasa: Dream Team social media pages.

Rewards will be given to all players each time a mission is completed.

The world’s youth talk of making a difference