EHI’s new version of ‘MY HERO’, a self-defense smart device, is on the way

SEOUL, South Korea, Aug. 29, 2022 /PRNewswire/ — EHI Co., Ltd. (CEO Seung Jin Oh) announced on August 24th that a new version of its portable self-defense bell, MY HERO, is on the way and will be available in September through KEEPIT, a global app developed by EHI together with KT. 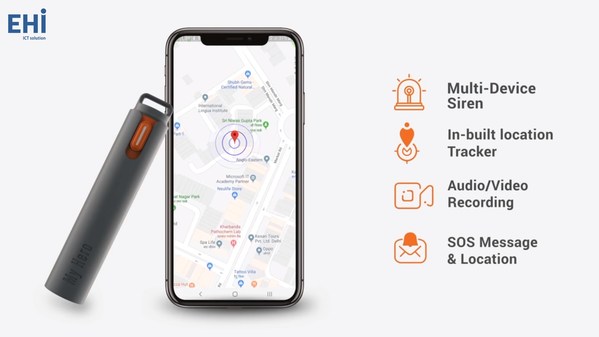 In case of emergency, pulling the cover of MY HERO activates the following main functions.

In particular, the demand for the new MY HERO is expected to increase drastically at industrial sites in response to the Serious Disaster Act, which has been in effect since 2022.

The new MY HERO can transmit accident site information to the safety manager in real time in case of an emergency through the worker’s smartphone even without a separate device installed within the industrial site. In addition, it is economical as there is no monthly fee and it can be used semi-permanently.

MY HERO, which began to be distributed for the safety of single female households in Seoul in 2019, is being distributed in 22 districts in Seoul as of 2022, and demand is increasing in Daegu Metropolitan City, Jeju Special Self-Governing Province, Jeollanam-do and more.

As for exports, which were suspended due to COVID-19, are expected to resume. Countries currently planned for export include Japan, Colombia, and the Philippines.

In July 2022, EHI interview and MY HERO presentation were broadcast in 106 countries through Arirang TV, which became a hot topic among consumers.

Over the past three years, EHI has stabilized its own global app, KEEPIT, and is actively conducting marketing activities around the world by actively utilizing the know-how of mass production of more than 200,000 units.