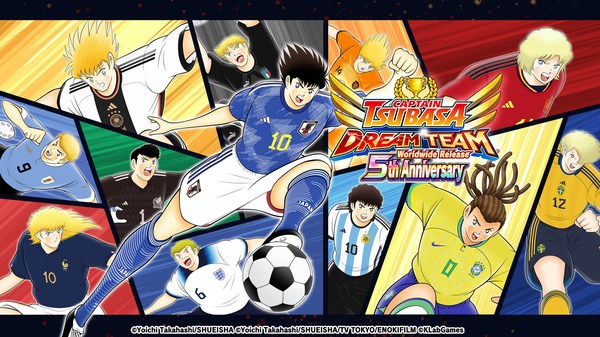 The Captain Tsubasa: Dream Team kicked off its Worldwide Release 5th Anniversary Campaign on December 2nd. Be sure to check out the official website and in-game notifications for more information. Now is a great time to play the game.

Login to the game during the event period will receive amazing in-game items during the Thank You Gift, Gifts for All, login bonus, and more.

In addition, users will receive a 5th Anniversary SSR Transfer Ticket according to the cumulative number of login days thus far.